I'd love to be your Spanish speaking bestie. I'm here to share the best ways to learn Spanish on your own for both you and your children. Let my experience becoming fluent and teaching my children be your guide. Learn more about my story...

Learn the best ways to use Spanish in your day with the guides, checklists, activities and resources I only share with my readers.

How to Learn Spanish on Your Own

Spanish Music | How to Listen to Music to Learn Spanish

what you looking for?

Nouns are endless. Everything has a name. I simply explain the many noun types and how to identify their job in a sentence. Vocabulary building tips help you discover many nouns that you will hear, say, read and write to become fluent in Spanish.

The first step in learning a second language is learning new names for things. A full understanding of nouns helps to grow a rich and meaningful vocabulary.

What You Will Learn

What is a noun?

A noun is one of the nine parts of speech. All nouns tell about the who, where, or what in a phrase, clause or sentence. They are not always the subject of a sentence. But every sentence has at least one noun.

The 9 Parts of Speech

A noun is a person, place, thing, activity or idea.

The picture shows samples of the various types of nouns.

Nouns are everywhere. We are nouns. Where we go, what we do and how we feel are all nouns. As a consequence, it is important to have a strong understanding of how we use them.

Nouns always answer the questions – who, where, or what. Let’s try with the above examples.

As you can see, nouns can easily be identified with a simple question. This simple skill helps to develop an excellent vocabulary with concepts like number, gender, and noun cases (jobs).

The questions to identify a noun –

In this basic example, there is only one noun – burbujas. It is the subject of the sentence. More descriptive sentences will most likely have more nouns. Each noun has a different job and relationship to the whole and parts of the sentence.

Many Nouns in One Sentence – More Noun Cases

In addition to being the subject, nouns add more detail to the subject and predicate. Simply stated, nouns can be found anywhere in a sentence. This example shows the different jobs that nouns have.

At the park, the girl invented a game with bubbles that made many babies happy.

The questions to identify a noun –

There are many nouns in this descriptive sentence. Each noun has a different job. There is only one subject of the sentence. The variety of noun jobs are clearly explained in the post coming soon – Spanish Grammar Guide – Noun Gender

The scientific side of language groups nouns into many classes. The categories can be helpful to learn mechanics, spelling, and agreement with other parts of speech.

There are two important facts to consider when adding new nouns to your vocabulary – number and gender.

Plus, further classification is helpful to ensure correct agreement, verb conjugation, and usage.

How to Increase Your Noun Power

Here are some ideas to dig into discovering new nouns and how to make them a part of your thinking. That way the word belongs to you. Dig into the tips on how to the post 7 Ways to Increase Your Spanish Word Power.

Noun Exploration sheets are perfect to fill a notebook with your favorite nouns. Get them here!

Create a personal dictionary with your favorite and most common and frequently used words in Spanish. These sheets will help you to spell, identify noun gender, define words with a picture or words you know in Spanish, and write your own sample sentences.

Without a doubt, growing a wide vocabulary of nouns will make it so much easier to express yourself effectively. Nouns are the largest group of words with so many different uses. This variety is what makes language so colorful, descriptive and at times utilitarian or artistic.

How to Learn Spanish on Your Own 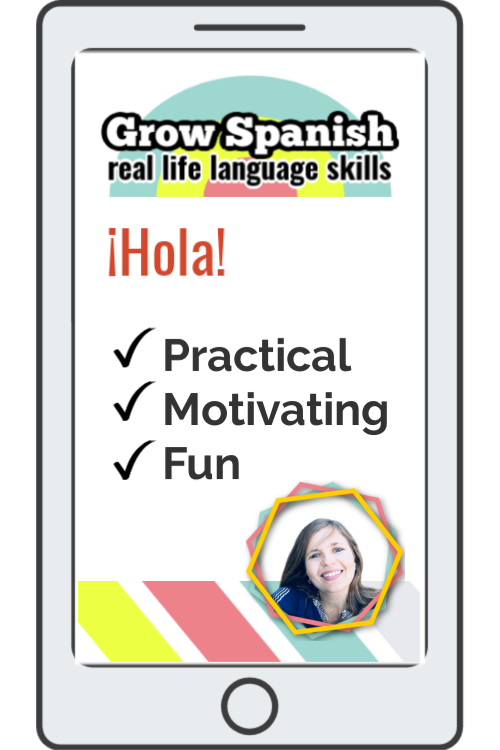 Learn the best ways to use Spanish in your daily life with my exclusive checklists, guides, activities and resources only for my readers.

Please log in again. The login page will open in a new tab. After logging in you can close it and return to this page.